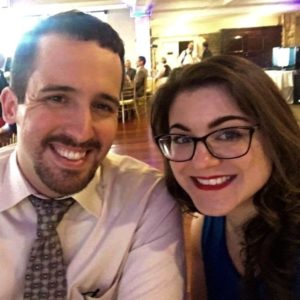 One of the things we like best is naming the beers that brewmaster Scott Brunelle brews for us. We are especially excited about the next brew — a golden, German-style Pilsner made with Pilsner, Munich and European Noble hops (ABV 5.5%).

What makes it special is that we asked you, our friends and customers, to suggest a name. And dozens of you did. Owners and staff went through the nominations together and chose the name submitted by Eleni Saraiva of Somerset, who visited Moby Dick Brewing Co. for the first time shortly after we opened.

Her winning suggestion: Careful Disorder. She took it from Chapter 82 of Melville’s novel “Moby Dick.” The chapter is titled The Honour and Glory of Whaling.”

There are some enterprises in which a careful disorderliness is the true method,” Melville wrote. We couldn’t agree more. It applies to beer making and, Elena told us, “it’s how life is like a lot of the time.”

Elena grew up in Fall River, got her master’s degree in chemistry from UMass Dartmouth. She and her husband Matt live in Somerset, and she works as a chemist for Ashland Specialty Ingredients.

Her favorite beer? “Some of my friends are beer connoisseurs, but I’m a lager fan,” she said. She enjoyed our German-style lager Rising Wind, which we had on tap for several weeks. (We intend to rotate new beers in and out of the lineup regularly (all with names chosen from the novel “Moby Dick,” of course).

For suggesting the name, she and five of her friends will get to officially raise the first pint of Careful Disorder pilsner. We will let you know when it’s ready so you can be next in line!