Scott Brunelle has been a brewer most of his working life, and he knows what he likes: ales that are perfectly balanced, Pilsners that sparkle, American lagers that taste crisp and clean, stouts that are rich and complex.

“I prefer IPAs, but appreciate all the traditional beer types so long as they’re done correctly,” he says.  “I’m a sucker for tradition so I like a lot of the classic styles.”

Scott is the brewmaster here at Moby Dick Brewing Co., but he has two decades of professional brewing experience and won numerous awards for his work in some of Massachusetts’ great breweries and brew pubs — including Rock Bottom and Harpoon Brewery in Boston.  He also has been named the South Shore’s Best Brewmaster.

He grew up in Dartmouth, where he was a high school classmate of current New Bedford Mayor Jon Mitchell, and went to Boston University. That’s where he and his roommates took up home brewing at the beginning of what he calls the “craft beer revolution” back around 1990.

“We’d find something we liked and try to replicate it at home,” he remembers.

It launched a career that has seen him win some of the craft brewing industry’s top awards, including three medals at the Great American Beer Festival for a jalapeño lager and a Bohemian-styled Pilsner. His pale ales and stouts have won top honors at the Great Northeast International Brewer’s Festival.

And when you visit us at Moby Dick Brewing, you’ll most often get to watch Scott and our brewing team hard at work making the next fine lager, wheat ale or IPA in our brewhouse adjoining our restaurant. 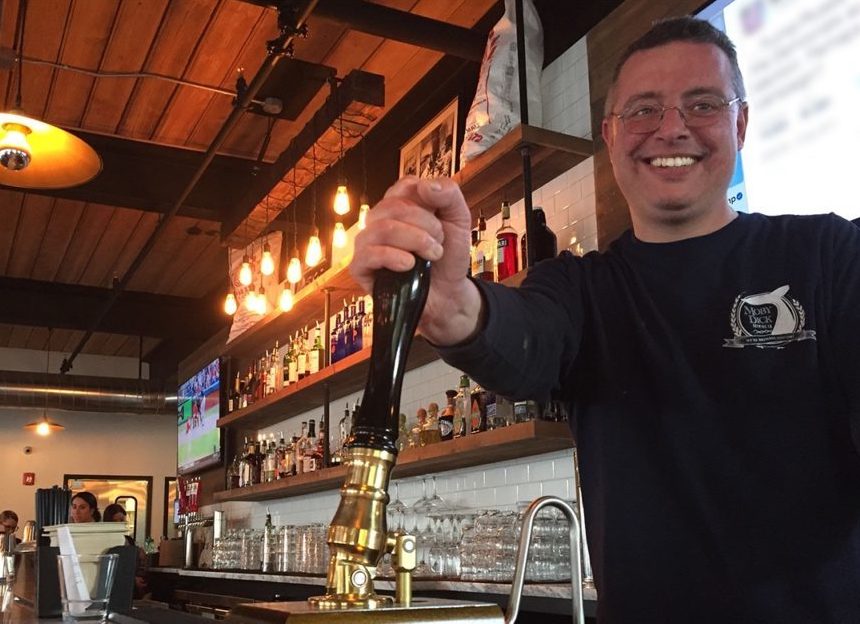 Learn More About Some of Scott’s Creations